After Ireland, London is probably the biggest celebrator of St Patrick’s Day – any excuse for a party! And with our roots firmly in the Irish ground The Doyle Collection is no exception, celebrating Ireland's patron saint on 17th March with Irish dancers, whiskey collaborations and free Irish Coffee 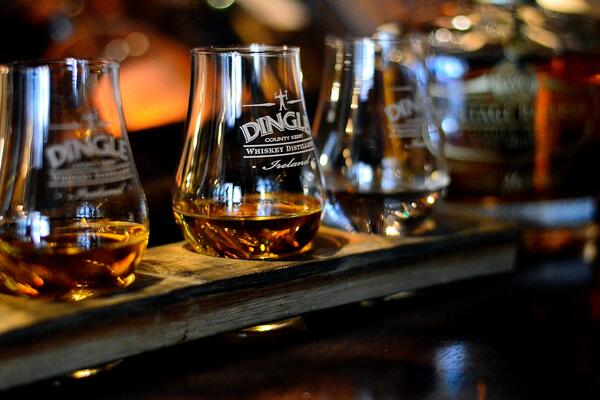 The Bloomsbury Club Bar is going all out this St Patrick’s Day with a full on Irish knees up on 17th March led by an exclusive whiskey collaboration with Dingle Whiskey, as well as Irish dancers and delicious Irish-inspired food and drink menus.

The Bloomsbury Club team went out to the Dingle Distillery in County Kerry, Ireland, ahead of the party to taste the newly-launched Dingle Whiskey, which, along with Dingle Vodka and Gin, will be the basis of the cocktails on St Patrick’s Day. Dingle’s Single Malt Whiskey was distilled in Ireland in 2012 and was the first to be produced in the country aside from the ‘big three’; Midleton, Cooley and Bushmills. 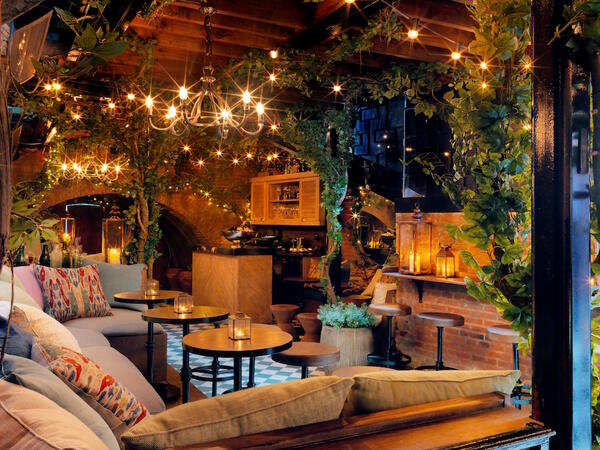 Making it even more special is the fact that The Bloomsbury Club Bar is the only stockist of the Whiskey in the UK (it won’t officially launch here until spring 2018). Along with the Whiskey to taste, there will be Porterhouse craft beers from Dublin (also owned by Dingle) and cocktails including Mrs Benner’s G&T, named after a popular hotel in Dingle and made using Dingle Gin, Angostura Amaro, Orange & Peppercorn Tonic Syrup, lime, Orange Bitters and egg white, or Dingle Time, a blend of Dingle Vodka, Cashel Blue Tincture, Balthazar and an olive.

To complement the Irish drinks, executive chef Paul O’Brien has created a menu highlighting the best of Ireland’s produce. There will be oysters from the West Coast of Ireland, spring lamb burgers and Murphy’s ice cream – a butterscotch ice cream served with baked apple, provided by Murphy’s, a local ice cream shop in Dingle.

So, with the food and drinks taken care of it is onto the entertainment. Live Irish music from 8pm to 11pm, and a rumoured Irish River Dance Flash mob will keep the party going strong. 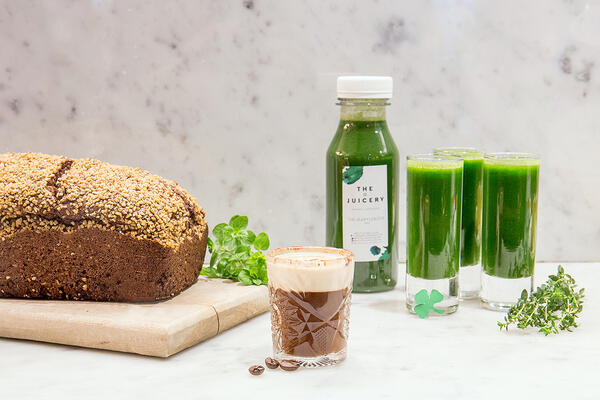 The Marylebone has organised a traditional Irish-tasting pop-up outside the hotel restaurant, 108 Brasserie, which will be open on St Patrick’s Day only. They will be offering complimentary treats to members of the public, including special green juice shots from their Juicery Menu called ‘Juice Blas’ (meaning ‘beauty through taste’ in Irish) in the morning, an ideal kick-start to the day. Those lucky enough to be passing the pop-up will also be offered a slice of The Doyle Collection’s famous, mouthwatering Guinness bread. Full loaves will be on sale for £5 for those who dare to go back for more (warning you will eat the entire thing). Finally, for a naughty afternoon pick-me-up (it will be Friday after all), they will be handing out complimentary mini Irish coffees. 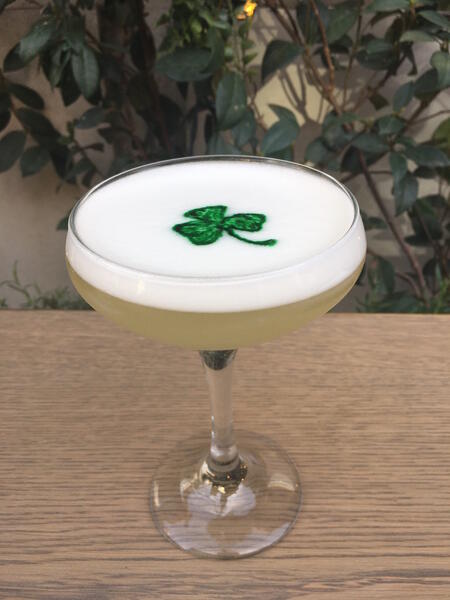 Town House will also be giving away Juice Blas to all guests between 8am and 12pm on St Patrick’s Day, while a full Irish breakfast will be available (from 17th-19th March), including beef and Guinness sausages, Clonakilty black pudding, Clonakilty white pudding, Irish recipe baked beans, eld mushrooms and toasted potato farl. While later in the day K Bar and Town House will be serving Chateaux Langoa-Barton vintage 2007, as a nod to its Irish wine maker in Bordeaux, plus, K Bar’s head bar man Ben Manchester will be shaking up a Dingle Vodka and Gin cocktails.

Read more about the world's finest Irish winemakers in Bordeaux