Blog (The World’s Best Bar is Coming to Dublin)

The World’s Best Bar is Coming to Dublin

The Dead Rabbit is taking residence in The Sidecar

It holds the esteemed title of ‘Best Bar in the World’ and now The Dead Rabbit, New York’s coolest cocktail joint, is coming to The Westbury. In an exciting collaboration, The Dead Rabbit will set up in The Sidecar for a five-day residency, serving up a blend of their infamous drinks and food.

The bar has its roots in Ireland, with its founders Sean Muldoon and Jack McGarry hailing from Belfast. This will be its very first incarnation in Ireland, and the combination of New York and Ireland is  one that’s close to the heart of the bar…

“We set out to create our version of the ultimate bar by bringing our two favourite styles of bar together under one roof- a world-class cocktail lounge and authentic Irish Pub. The Irish Pub has long been synonymous with genuine hospitality but

not really for a world-class product (décor, food, drink). We wanted to bridge the gap. It gives us great pride for both ourselves and everyone back home that the World's Best Bar is an Irish Pub.”

During the residency, an array of The Dead Rabbit favourites will be shaken and served including the likes of The Gold Digger, Psycho Killer, Heretic and Eye Candy paired with bar bites from their hearty, pub grub menu served Sidecar style.

The Dead Rabbit residency at The Sidecar is the latest chapter in The Doyle Collection's 'Club Residencies Project', which has previously included the hugely successful residency of BlackTail (NYC) and The Clumsies (Athens/Greece) at The Bloomsbury in London.

The Dead Rabbit Residency is taking place between 28th September – 2nd October 2017 at The Sidecar at The Westbury (pictured below). Each sitting is for 90 minutes, and bookings are filling up fast. You can read more about it, including hours and booking information,  on the site. 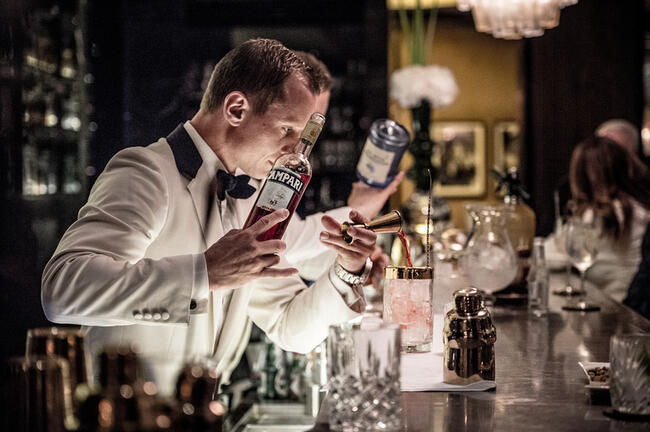